Oxford East Conservatives are calling for Oxfordshire County Council Highways Manager Tim Bearder to apologise after he blamed motorists in Oxford for recent gridlock in the city.

In an interview reported on the BBC, Cllr Bearder called Oxford’s drivers “part of the problem” and implied car users were inconsiderate.

OECA Deputy Chair Daniel Stafford said, “These thoughtless remarks demonstrate Cllr Bearder h as no empathy for Oxford’s residents, nor understanding of the complex needs of our city. It is co wardly and dishonourable to try and shift the blame for his own lack of ideas and to blame Oxford’ s residents instead.”

“It is disingenuous to suggest the blame lies with selfish motorists. My community of Littlemore ha s appalling public transport links with the rest of Oxford. While some, like me, are able to cycle, m any have no choice but to use their cars given the failure of this new administration to honour their

“The way to better active travel is to address the underlying problems, through expanding infrastr ucture and fixing the housing market so that public sector workers don’t need to commute from o utside the city. Those supporting Cllr Bearder in his role, and especially his allies from Oxford City Labour, should be ashamed that he prefers to blame Oxford’s residents, rather than serve them as he is supposed to.” 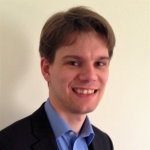